On the second day of our long weekend in the Badlands with friends, Kenny and Leslie, we decided to drive to Rapid City for lunch at Firehouse Brewing Co. followed by a photo-op tour of downtown. Karen and I had been to Firehouse Brewing earlier in the week, and had a chance to sample the wares.

We had a burger and ordered a sampler flight of their current beers, trying 8 beers in all. With the exception of the False Alarm Jalapeno Cream Ale – which was just odd – they were really fine brews. Our favorites were the McGillycuddy Belgian Style Ale; the Honey Badger German Brown – which paired really well with the charbroiled burger; and much to our surprise, the Supercharged IPA. We’re not typically fans of IPAs, but this was a very well-balanced and not overly-hopped IPA, with crisp citrus notes.

So, after lunch, the four of us headed next door to the Firehouse Brewing gift shop. In the back of the shop, they’ve provided a themed backdrop and all the dress-up gear you need for some “hot” photos.

And with some clever photo editing, Leslie created this gem: 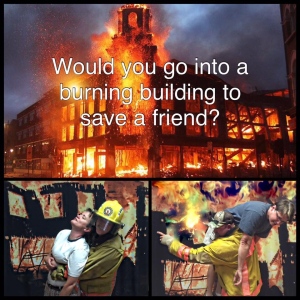 Sufficiently warmed-up, we headed out onto the street for some more photos. Rapid City has invested in a very accessible, public art gallery. In a display called City of Presidents, there’s a former US President on nearly every corner.

And for the adventurous, be sure to wander down Art Alley. 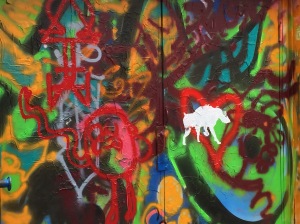 With well over a block of wall-to-wall art, there’s plenty to see. Be sure keep your eyes open and your wits about you, though. Both days we visited, there was a distinctly questionable vibe and more than a couple of “deals” going down. A busy weekday is probably the best time to visit this open air exhibit. 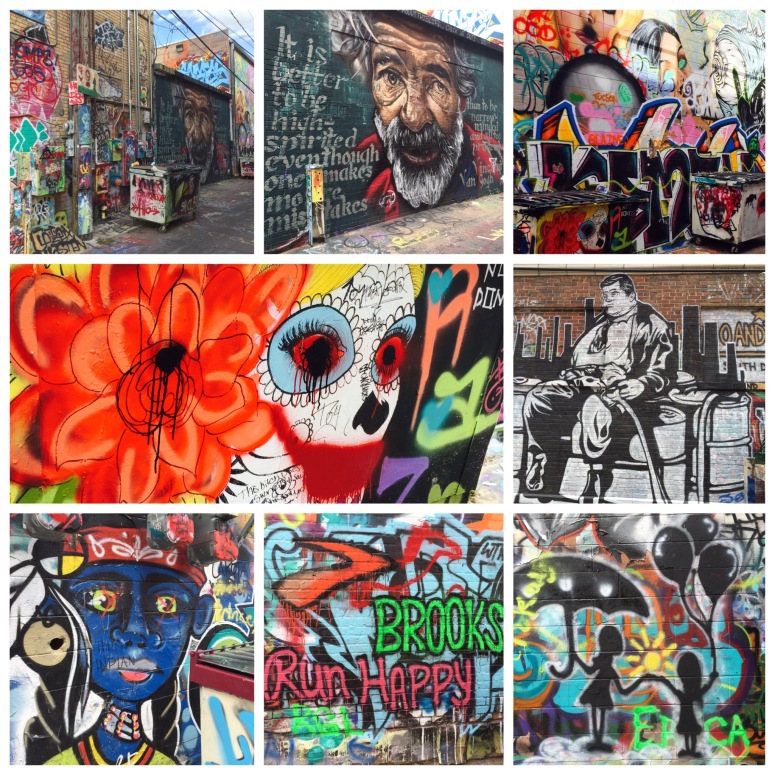 While we were sad to have to part ways with Leslie and Kenny, we were so delighted they made the trip up from their home in Cheyenne, Wyoming to spend the weekend with us! Being able to live near friends far and wide is a huge reason we’re beginning to love this nomadic life of ours. Where Are We Now?

Bozeman, MT
Up Next: Hardin, MT
Follow LoveLaugh On The Road on WordPress.com

Find Us on Social Media